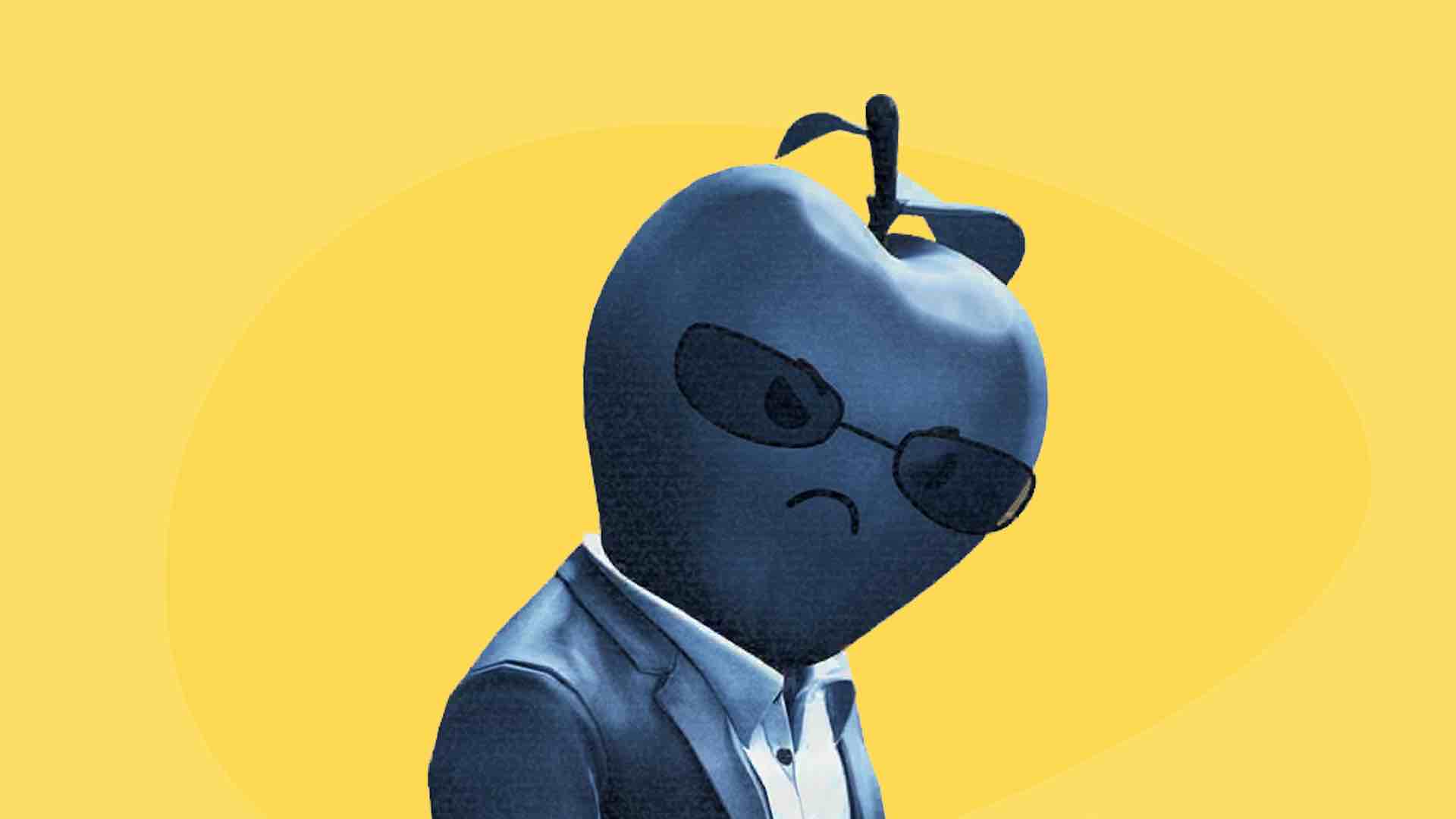 Apple vs Fortnite: the battle for the AppStores

Apple vs Fortnite: the battle for the AppStores

No one saw it coming. At least not the millions of teenagers and young adults who played Fortnite on iPhones or iPads. On August 13, Apple removed Fortnite from the App Store for good.

One of the most downloaded and wildly popular games was gone from the Apple marketplace in the blink of an eye. If you already had it, you can keep it but can't update it, so, pretty much the same.

The reason for the ban: Epic refuses to keep paying Apple's 30% share of every in-app transaction. Maybe because Fortnite is full of in-app purchases, yes, It's a free-to-download game that made a record $2.4B in 2018. iOS alone counted dozens of millions of players.

But Apple is not taking it, so they just removed the app. Google's Play Store followed suit for the same reason. So, Epic stroke back, filing antitrust lawsuits against both companies and engaging in a legal battle still unfolding.

It is a high stakes dispute, and yet all this Fortnite affair is probably just the straw that broke the camel’s back.

War officially started back on June 30, when Epic's CEO, Tim Sweeney, sent a message to Apple. He asked for their consent to have a direct Epic store in their games, redeeming buyers from the App Store fees.

I'll give you two seconds to guess Apple's response. Of course, they declined. A few days later, Sweeney sent a new, declaration-of-war kind of email at 2 am. He informed that Epic was receiving direct payments within the Fortnite app. He wrote:

He wrote that they would pass on the savings of direct payments to customers in the form of lower prices. It may sound fair, but not for Apple. Right after that, they banned Fortnite.

Epic Games then filed an antitrust lawsuit they had ready under their sleeve, arguing that the App Store policies are unlawful and anti-competitive. Same for Google's store. These companies are no-new to antitrust complaints, but we'll talk about it in a moment.

Android may have it easier on this one, though, since it allows other stores to distribute third-party apps outside of the Play Store. Fortnite could even be a means of opportunity for other app marketplaces on Android to grow. Who knows?

But Apple's walled garden of iOS is a different story. Every single iOS application needs to be approved and provided through Apple's store.

Not only Epic filed a lawsuit overnight; they even had the marketing ready. Fortnite launched a campaign mocking Apple's iconic 1984 Super Bowl commercial, making them the big brother villain. They made clear they had everything planned for battle.

But maybe they weren't quite prepared for Apple's backfire. The almighty company that just passed the $2 trillion market capitalization.

As soon as they filed the lawsuit, Apple told Epic they might cancel their developer account for all Apple's operating systems, as soon as on August 28. And that is big.

Epic Games is responsible for the Unreal Engine, the graphics engine used by many indie game developers, others not so indie, but even designers, architects, and other visual endeavors.

If Apple follows through and cancels Epic's developer account, the studios or companies using the engine could be potentially affected. Needless to say, the affectation for Epic themselves.

Seeing how things were blowing up, they called for a restraining order in a California court, asking for protection from what they describe as an overblown retaliation from Apple. The legal document reads:

"If the Unreal Engine can no longer support Apple platforms, the software developers who use it will be forced to use alternatives. The damage to Epic's ongoing business, its reputation and trust with its customers, will be unquantifiable and irreparable."

And yet a recent article from The Next Web reveals that Apple already answered, asking for the court to deny the emergency restraining order Epic has requested.

They are not backtracking, and things are close to getting uglier. Apple insists that the only way Epic can get everything back to normal is to abide by the rules and pay the 30%.

Apple is not the only one that takes 30% from transactions in its digital games marketplace. According to a Bloomberg article, it's an industry standard for companies like Microsoft, Sony, Nintendo, and others.

The so-called "platform tax" could be dated back to Nintendo's first cartridge games, in the early 80s. It started when the game developer, Namco, made Nintendo an offer to include their games, like Pac-man, on their popular Entertainment System consoles.

Allegedly, 10% for distributing the game in their platform and 20% for producing the cartridges. Thirty years later, all these fore-front tech companies seem to be holding on to an obsolete practice that came out of a completely different context.

In Apple's case, it has been a policy since the day Steve Jobs presented the App Store to the world in 2008. He introduced the 30% fee pretty much as a maintenance cost for running the App Store.

In return, they'd provide developers with the server power, security, and a platform with hundreds of millions of users, namely iOS. But things have changed over the last ten years.

At first, it was common to purchase an app or a game by paying for it just once. But now, in-app purchases, microtransactions, and subscriptions are the rule in mobile apps, and this 30% fee looks outdated.

These commissions are now a significant chunk of revenue for the trillionaire company, and they are not willing to change it. Tim Cook defended the 30% commission before Congress, claiming that it is similar or lower than other digital platforms. He said this:

"If you're a customer and you don't like the setup, the curated experience of the App Store, you can buy a Samsung."

But that's not the answer you'd like to hear from the CEO of such a great company like Apple. We wouldn't want to see Apple as a rent-collector type of company, milking assets instead of innovating.

Tim Cook also said that Apple doesn't bully or retaliates. However, their apparent retaliation against Epic proves different and is a statement for their unwillingness to negotiate.

Epic is not the first company to confront Apple over this. Spotify holds that Apple Music has an unfair advantage over other music streaming competitors on iOS. Spotify's CEO, Daniel Ek, wrote on a blog post in 2019:

"(...) If we pay this tax, it will force us to artificially inflate the price of our membership well above the price of Apple Music. And to keep our price competitive for our customers, that isn't something we can do."

He argues that Apple incurs in other unfair practices, like over-complicating the user experience for iOS users to pay for the service outside the App Store. Less than a year ago, Spotify also filed a complaint with the European Commission's antitrust regulators.

Recently, in June, the commission announced that formal antitrust investigations are already in course. Yes, the EU antitrust regulators who gave Google a record $5 billion fine in 2018 for abusing the Android operating system to gain dominance on general internet searches.

Now, they are working to assess whether Apple's rules for the distribution of apps violate EU competition laws. And the US Congress could be catching up. You may have seen the parade of multi-millionaire CEOs testifying before Congress a few weeks ago, in a series of antitrust hearings.

Authorities are figuring out if these massive companies incur in monopolies or impose their private interests over issues that could impact the society in broader ways.

The harsh truth about the Fortnite dispute is that Apple could crush Epic, or at least severely damage it, by turning off a couple of switches, and suffer no more than a scratch.

Epic Games may be sacrificing themselves in this one, but they’re still in the fight. Just minutes before we recorded this video, The Verge announced that  Epic had partially won the restraining order filed in California.

So, Apple won’t be able to cancel their developer account. That’s good. However, Apple is not obligated to bring Fortnite back either, as the judge recognized that Epic had strategically disrupted its agreement with Apple, disturbing the status quo.

Fortnite is a social phenomenon, way beyond the App Store and Epic is counting on its massive community to join them in this PR crusade. Other voices may join too.

Only a few days ago, the WordPress founder, Matt Mullenweg, went out to claim that Apple won't let the company update its free iOS app, unless or until they add in-app purchases.

Could Apple be trying to undermine free apps that are not monetized with in-app purchases, because they can't collect the platform tax? God, I hope not.

Allegedly, WordPress won't fight it out, and they're just adding in-app purchases. So, Apple is winning that one, but it may shed light on other potentially unfair practices. Or it may not.

For Apple customers, If Apple wins this war, they won't be able to play Fortnite and a bunch of other games on their Apple devices. But everything else should continue pretty much the same.

If Apple "loses" this battle, maybe the iOS ecosystem could grow through healthier competition. I'm sure Apple can figure out a way to open up to new challenges without compromising privacy and security, one of their primary defense arguments.

I'm just not sure they want to do it. Why? Because now there are a few billion dollars at stake in this. If anyone is going to make them change their mind, it is the federal government. And that may take a long while.

So, are companies like Apple and Google arbitrarily impacting the cost of apps for consumers by incurring in monopolistic practices? Or is it their right to set their own platform rules, giving themselves an edge over competitors?