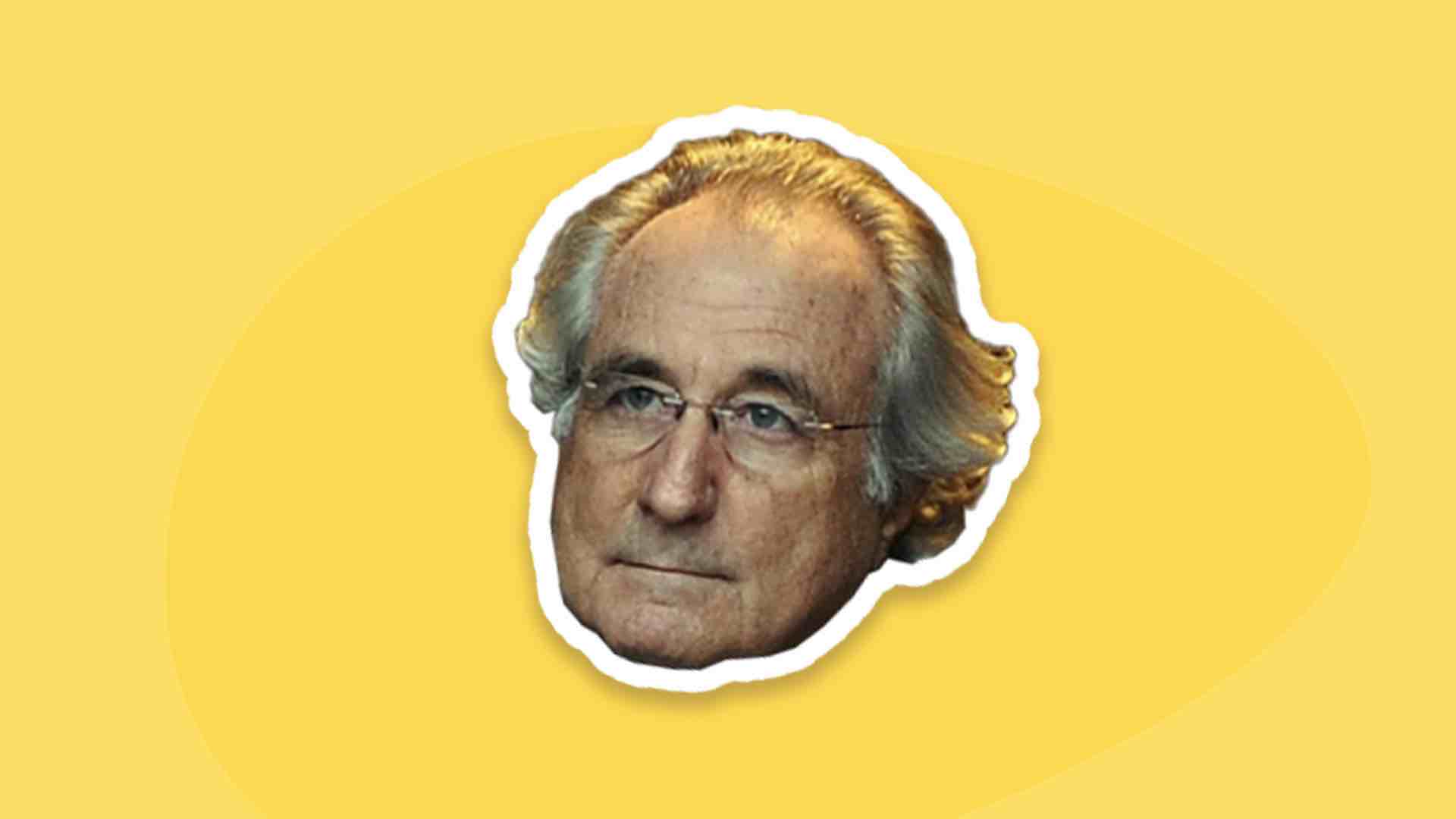 By 2007, the most massive financial fraud of modern history had been going on for decades. Billions of dollars had been flowing to a unique firm in Wall Street, where investors of all classes and worldwide trusted their money.

That elite fund was ultimately managed by one of the world's most notorious conman: Bernard L. Madoff, a businessman from Queens, New York.

But then came the U.S. housing market crash and made the perfect storm in 2008. Only then, the massive fraud that Madoff had built couldn't be sustained longer and crumbled.

A $64 billion disaster that left immeasurable tragedy for thousands of victims, orchestrated by a Wall Street sociopath who is serving a hundred and fifty years sentence in jail.

This is Company Forensics: the Bernard Madoff Ponzi scheme.

Recently in June 2020, a federal judge denied Madoff's request to be released early from prison. He has spent the last eleven years in jail and maybe dying of kidney failure at 82 years. But the Circuit Judge Denny Chin stated this:

"When I sentenced Mr. Madoff in 2009, it was fully my intent that he live out the rest of his life in prison (...) nothing has happened in the 11 years since to change my thinking.".

Not often we see high profile, white-collar criminals get these sentences, but it seems like Madoff was where justice drew the line back then.

One of the judge's arguments is that despite Madoff pled guilty for 11 federal charges, he never really admitted responsibility or showed any regret for the full scope of his crime.

A general definition of sociopath is someone with a personality disorder, extreme antisocial attitudes and behavior, and a lack of conscience. Judge Chin has said that Madoff:

"...was never truly remorseful, and was only sorry that his life as he knew it was collapsing around him."

So, what did he do? In a nutshell, Madoff took money from relatives, friends, charities, pension funds, banks, and investors of all kinds, who trusted him, and he just blew it all.

Thousands of people were ripped-off their retirement money, lifetime savings, college funds, or just whatever money they gave to Madoff, believing that he would keep it safe and give them some returns over time.

The largest Ponzi fraud in history

A Ponzi scheme works like this: you get people to invest their money in your business, so you make your profits and give them returns on their original investment. So far, so good.

But, the truth is, you do nothing to earn profits. You take the money and get more by getting more people to invest. Then you use the new funds to repay older investors. And also to pay your bills, of course.

So, the cycle goes on for as long as you can drag new people in and manage withdrawals from the investors who may rightfully want their money back.

It is a common type of financial fraud, but Madoff pulled off the most massive, most complex Ponzi scheme in history, a global network of all kinds of investors.

It's hard to say when the fraud began, but Bernie Madoff started his Wall Street story in the sixties when he founded the Bernard L. Madoff Investment Securities LLC. It was a legitimate, modest firm that traded penny stocks.

He got involved with the new technologies that helped evolve the markets into the digital era, and ended up being a pioneer of the early years of the NASDAQ stock exchange, where he even served as chairman.

All that earned him prestige and power in the financial world. Years after that, he ended up doing a sort of under the hood, investment-advisory type of business, where things may have started to get sketchy.

But of course, there was an aura of exclusivity and sophistication for the lucky ones who could invest with Bernie.

Whether it was domestic investors from the wealthy community of Palm Beach, Hollywood celebrities like Larry King or Kevin Bacon, European financial institutions, or just independent investors, they all trusted Madoff to do his trading magic and take care of their money.

Other Wall Street hedge funds became feeders of the Madoff master fund, introducing new cohorts of investors and feeding hundreds of millions into the Ponzi scheme.

And he would take anyone's money. He systematically went after numerous charities for a couple of cynical reasons. First, these institutions aren't prone to requesting unexpected money withdrawals, as other independent investors could be.

Second, he committed affinity fraud by targeting relatable groups such as religious or ethnic communities. Being Jewish, he picked apart several institutions of his society.

One of the most iconic cases was the Elie Wiesel Foundation, from the Nobel prize author and holocaust survivor, who lost around $15 million in the scam.

In hindsight, one wonders how no one could see Madoff's lies? But you can't blame them. The answer is that they all fell for his reputation, and his secret to always win trades, somehow.

Investors and institutions happily believed the consistent monthly reports that Madoff fabricated for them, where he told a fairytale of ever-growing, ever-steady returns from his operations. Perfect, 45° angle lines, ever-rising in the charts.

But there was one persistent man who worked for a competing investment firm, and he got fed up with Bernie's perfect numbers.

A long road to justice

That man was Harry Markopolos, a former executive of the securities industry, forensic accounting, and financial fraud investigator. He and his team had crunched the numbers and were confident that Madoff was running a huge Ponzi scheme.

Madoff's wizardry didn't blind Markopolos, and he knew it was impossible to always be on the winning side of stock trades like Madoff reported. It was too good to be true.

Very much indeed, none of it was true. Madoff never executed a single trade with all that money. Those monthly reports of ever winning trades, with stocks from prestigious companies, were all fake. False. Fugazi.

Markopolos presented evidence to the U.S. Securities and Exchange Commission, the SEC, as soon as 2000. Nothing happened, so he went back in 2001.

After inconsequential, routine audits, the SEC supposedly found nothing wrong with Madoff's business and gave more people the green light to keep giving him money.

The SEC is the federal agency founded after the financial crisis of 1929 to restore investor confidence by ending misleading practices like stock manipulation. Or Ponzi schemes. Yet, they did nothing with the evidence that Markopolos put together for them.

For almost a decade, he insisted on giving them all they needed to uncover the scam and save more victims from coming in. Do you remember ass-whooping the SEC got from the U.S. Congress when the scandal blew up in the verge of the financial crisis?

That's right; it took a major economic crisis to expose Madoff lies. The year 2008 saw one of the worst global banking crises in history, with the collapse of Wall Street symbols like Lehman Brothers, Bear Stearns, and financial institutions around the globe.

It was the end of an era of obscene greed and corruption in financial institutions. Or at least we hope it was.

Bankers had gotten greedy and took high risks for years to get fat profits and bonuses. They gave mortgages to anyone back then without asking any questions. They just wanted to loan money and then profit out of those loans in the securities market.

The motto was, "who doesn't pay their mortgage?" Based on that, banks made filthy gains out of the loans. An initial transaction of one or two million dollars was turned into hundreds of millions like nothing, using controversial, custom-made, financial instruments.

All that led to the burst of a financial bubble worth trillions of dollars that didn't exist. It all fell apart when people couldn't pay their mortgages, and the real value of assets came to light.

In this grim panorama of recession, the Madoff fund investors thought their money was safe and wanted to redeem it. But Madoff knew it was the end, as he could never have the liquidity to pay so many investors back.

While the financial world was being set on fire, he took a few days to distribute the last assets among family accounts and some valued clients, before confessing to his family. The day after, his sons turned him in to the authorities. It was the end.

Much like in a tragedy from Shakespeare, there was wealth, family drama, corruption, and death, in the Madoff saga.

His two sons have passed away. Mark, the younger one, committed suicide in late 2010 on the second anniversary of his father's arrest. He hanged himself in his Manhattan apartment, next to the room where his little son was.

Andrew, the older one, died at 48 after a long battle with lymphoma. They both had cut ties with their mother, Ruth Madoff, after the scandal. She was particularly criticized for trying to hold on to some of the money that Madoff had moved to family accounts.

The role of Madoff's family in the fraud was a gray area for a long time. At first, everyone assumed that his wife and sons knew everything and were accomplices. But they didn't. They were just more of the victims that Madoff managed to keep in the shadows.

The two sons worked in the legitimate part of the business, on the 19th and 18th floors of the iconic Lipstick Building in New York. Madoff directed the fraud in between, but they didn't even have the security card required to access the 17th floor.  Whenever his sons, or anyone, confronted Madoff with questions, he would get upset and elude the answers, arguing that they didn't need to know. And of course, no one wanted to upset Bernie, so they just stopped asking questions.

Sure, there must have been red flags all over, but his family was used to seeing their dad being praised as a Wall Street eminence, not accused of running scams.

The false Madoff statements, representing what investors believed they owned, was a total balance of approximately $64 billion. In a series of payments, obtained through legal action, victims have recovered $9.16 billion, more than half of the $17.5 billion reportedly invested.

So, that’s good. But people can only hope to recover their original investment. All the returns that Madoff promised them for years and that they counted on just never existed.

According to The Guardian, Madoff’s lawyer has said that he has 18 months to live, given his health condition. And it all indicates that he will pass away in prison, just as the Supreme Court sentenced it.

Despite reforms being made to the law, and one’s hope that these things don’t happen again; it seems like fraud is somewhat inevitable in these high financial spheres, and it’s likely that some of them are running on Wall Street as we speak.

Do you think we’ll ever see another Madoff?